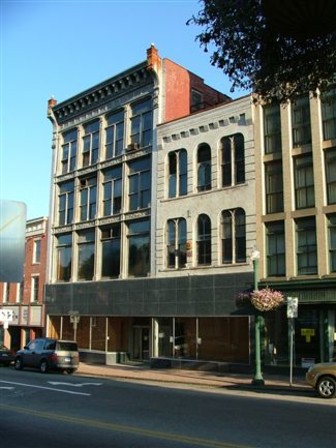 "When corporations like Bridgestone don't just give but gather others to play a role in grassroots support with a direct and clear impact on their local communities, it makes all the difference."

That's the message from the Boys & Girls Club of America after Bridgestone announced it had raised $20 million through its "Driving Great Futures" fundraiser over the last two years - more than any other nonprofit in the country, per a press release - and gave $681,000 to the organization's nearly 4,000 clubs across the US.

"This in and of itself is a moment for celebration and a testament to the power of galvanizing many to give just a little to raise a lot," Boys & Girls Club of America CEO Anthony Lubin says in the press release.

The fundraising effort began in 2015, when Bridgestone asked its customers and teammates at more than 2,200 tire and vehicle service centers across the US to donate to the organization's programs and projects that make out-of-school programming more accessible.

Since then, "it has evolved to bridge divides of all kinds, including technology, nutrition, and more," Lubin says.
Read the Entire Article


How's Your Community Doing?
Check Out it's
Community Vital Signs
300,000 Currently Benefitting From NSIP In Gombe

President Muhammadu Buhari's government is working hard to lift hundreds of young people out of poverty in the country, the Guardian reports. According to the country's National Social Investment...more

An anonymous donor has given $1 million to help transform a former department store in Milwaukee into a "vibrant community hub," per a press release from the Greater Milwaukee Foundation. The...more

The Boys and Girls Club of San Diego's Video Production Club is going to be able to buy new equipment after all. The Conrad Prebys Ramona Branch received a $5,000 grant from the Ramona Community...more

CFOV Has Enhanced The Region For Decades

The Community Foundation of the Ohio Valley celebrated its 50th anniversary this week with an open house at its headquarters in Steubenville, where it gave out more than $445,000 in scholarships in...more

Minnesota's Munsinger Clemens Gardens is home to dozens of peacocks, and they're in need of some TLC. The St. Cloud Times reports the birds live in an "inadequate" and "depressing" enclosure with...more

"It helped me learn many skills during a productive time, yet it was a casual, little-pressure atmosphere that allowed me to make mistakes and grow." Such is the story of Jenna Manders, a senior at...more

If you're planning on attending college in Arizona this fall, now's the time to see if you're a good candidate for one of the state's dozens of scholarships available. The Arizona Community...more

The Community Foundation of Northern Illinois is offering up to $3,500 in grant funding to youth-led groups in four counties in the state, WIFR reports. The funds are available through the In...more

The Edwardsville Community Foundation is now accepting scholarship applications from high school seniors in the Edwardsville, Ill., area. The deadline to apply is Jan. 31, 2023, the Belleville...more

The Community Foundation of Elkhart County has awarded $2,707,390 in grants to dozens of nonprofits in the county that's home to Elkhart, Indiana. The grants were awarded in the categories of...more

The countryâs first green coworking space, Green Spaces, is a hub for green and socially conscious businesses in Denver to work and connect with each other.

How To Drive Great Partnerships: Reflecting On $20M For America's...