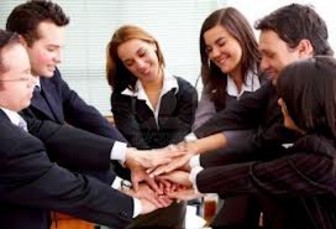 When Trey Bowles co-founded the Dallas Entrepreneur Center in 2012, he didn't think he'd live to see it grow into what it is today. But that's exactly what happened, the Dallas Morning News reports.

Bowles, who is CEO and co-founder of the center, says he wanted to create a place where entrepreneurs could learn how to start, build, and grow businesses "through training, education, mentorship, promotion, and capital investment."

And that's exactly what the center has done: It's now home to more than 100 entrepreneurs who receive free space, mentorship, and capital investment, the Morning News reports.

Bowles tells the paper he wanted to create a place where "people from all walks of life" could come to learn how to start, build, and grow their own businesses.

And that's exactly what the center has done: It's helped more than 5,000 entrepreneurs start, grow, and promote more than 100 businesses since its founding, the Morning News reports.

Bowles tells the paper he's "very proud" of the center's accomplishments, but he also wants it to be more than just a place for entrepreneurs. "I want it to be a place where people from all walks of life can come."
Read the Entire Article