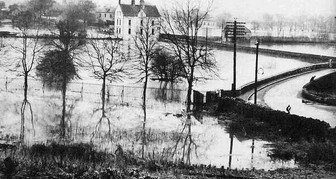 This program is a collaboration with the Alabama Appleseed Center for Law and Justice. Carr stated that the initiative was modeled after the Center for Court Innovation in New York.

This piece was produced for the NEW News Lab, a local news collaboration in Northeast Wisconsin. Microsoft is providing financial support to the Greater Green Bay Community Foundation and Community...more

Recognizing the important role of women in local philanthropy, the Greater Lowell Community Foundation manages many independent funds established by women who pool their resources to support their...more

Propelled by the drought in western Colorado, the Wellspring project was launched on June 12 as a one-week summer camp for Fruita Middle School students to highlight water issues in the west. The...more

Bloomberg Philanthropies has announced 50 Champion Cities. They represent the boldest urban innovations in the past year. They will enter the final stage of the 2021 Global Mayorâs Challenge. A...more

The Alice L. Walton Foundation and the Walton Family Foundation have established a $1 million fund for the LGBTQ advocacy group in Walmart's home state of Arkansas. The Arkansas Community Foundation...more

The Grays Harbor Community Foundation will award nearly US$1 million in scholarships and will help more than 300 students from local universities and trade schools in the next academic year. This...more

Sarah Kaper, director of "Ag in the Classroom" of the Champaign County Department of Agriculture, worked with Urbana Park District (UPD) and Champaign County Forest Reserve (CCFPD) to provide an...more

Muhammad Yunus: Social Business and the Pursuit of Happiness

Nobel Peace Prize winner, founder of Grameen Bank and chairman, Muhammad Yunus, writes about happiness: That happinessÂ comes from many sources, not as the current economic framework assumes, just from making money.